City taxes are used to charge guests for any local fees and taxes, like the Resort tax for example. They are added to the price specified by the rate. If your price per night includes those local fees, you do not need this specific function. However, if it doesn't, you should set the city taxes and then select them in your rate plans. Then the system will automatically post the amounts you have specified.

City taxes differ from actual taxes. The former are posted as charges on guests' folios and then these charges also appear in revenue reports. City taxes are not calculated as a percentage of the respective room rates, but are added as absolute amounts to these room rates. The city taxes themselves can be taxed. In contrast to them, actual taxes are calculated as a percentage of the respective charges. 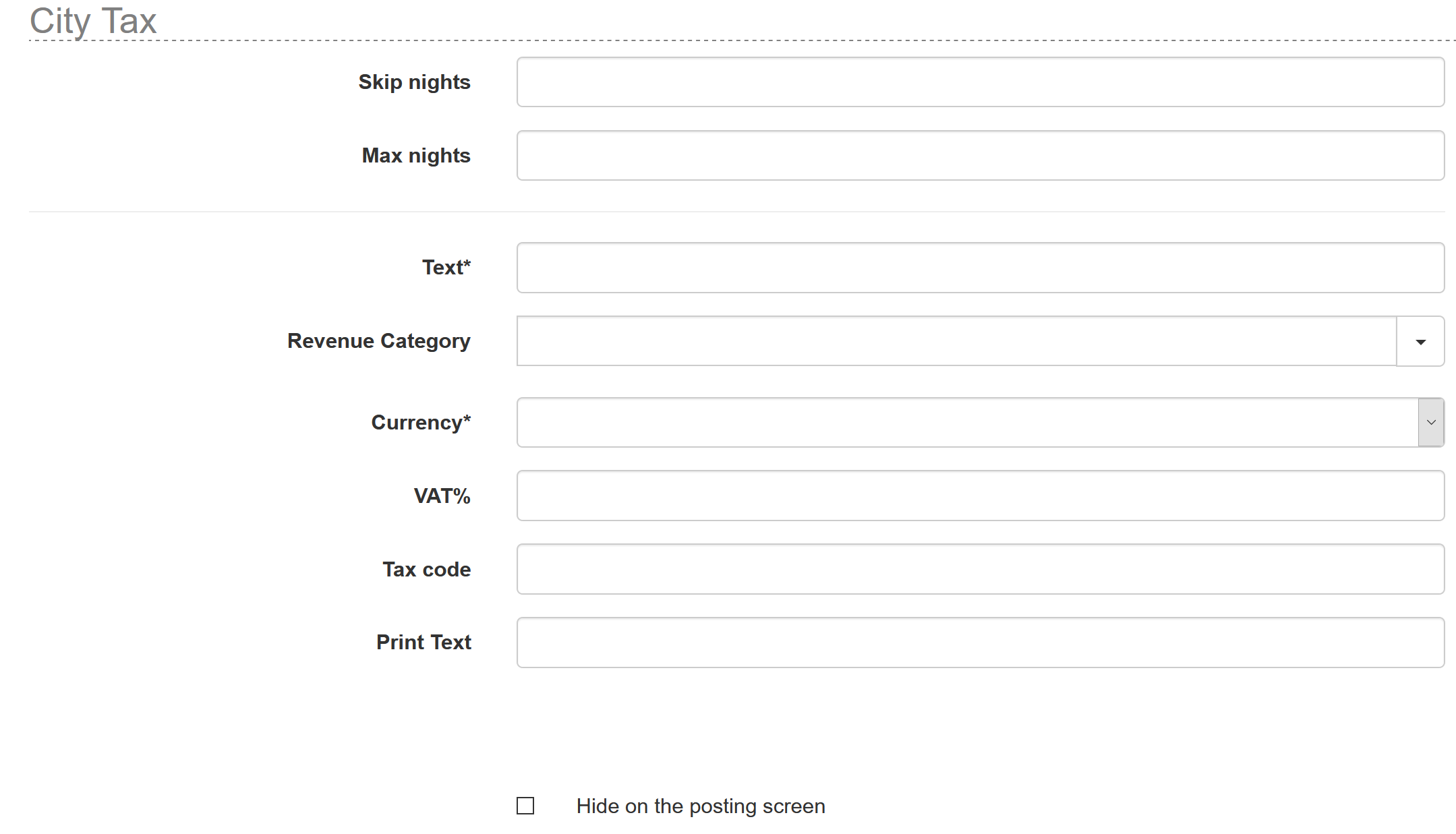 Then set the amount of the city tax payable in 'Tax seasons'.

Select the starting date of the season. If your tax does not change with the season, just define one season and it will apply for the whole year. The amount of the city tax can be a fixed amount per night or per person, a percentage (usually of the night price), or a combination of both. All examples are for the "Extra, separate charge" city tax option.

For fixed price per night, enter the amount in 'Price night':

The city tax is a fixed amount per adult and per child:

The city tax is a percentage of the night price:

If you have a City Tax that is a percentage of the nights and it is greater than a certain amount, you can use the new fields to set their maximum values. The system will determine the maximum City Tax amount by multiplying the number of adults and children in the booking by the set maximum values. If the calculated tax is greater than the limit, the limit value is taken. It is necessary to fill in both fields to use this functionality.

Check out how the City Tax is applied in a booking and the different City tax modes: Booking - Rate and City Tax

Did you find it helpful? Yes No

Send feedback
Sorry we couldn't be helpful. Help us improve this article with your feedback.